Introduction: Making up 20–30% of cases in the outpatient clinic, abnormal uterine bleeding (AUB) is a common diagnosis with considerable social and economic impact. Complaints of heavy menstrual bleeding significantly affect the quality of life resulting in time off work, thus leading to surgical intervention including hysterectomy and ultimately posing a significant impact on the health care system. Timely and appropriate management will prevent most of these problems.

Materials and methods: Two hundred and forty-six women with AUB visiting outpatient Department of Obstetrics and Gynecology, AIMSR, Bathinda were included in the study after informed written consent. History and examination, ultrasonography, and serum thyroid-stimulating hormone (TSH) levels were done for all patients. The prevalence of thyroid hormone dysfunction in AUB was evaluated and the association between various menstrual patterns and thyroid profile was assessed.

Conclusion: The key to early diagnosis is to maintain a high index of suspicion and readily screen for the presence of abnormal thyroid function.

Abnormal uterine bleeding (AUB) is a common but complicated clinical presentation, accounting for at least 20% of new outpatient visits significantly affecting the quality of life.1 It is defined as any variation from the normal menstrual cycle and includes changes in regularity, frequency, duration of flow, or amount of blood loss.2 “FIGO PALM COEIN” classification for causes of AUB includes both structural and non-structural causes. Structural causes are polyp, adenomyosis, fibroids, malignancies, and hyperplasia and non-structural causes include coagulopathy, endometrial causes, iatrogenic, and non-classified causes.3

Bleeding in any of the following situations is abnormal:

The normal menstrual functions depend upon the complex interaction between the hypothalamic-pituitary-ovarian axis and endogenous hormones.4 Any disruption in the normal physiology or anatomic changes in the endometrium, as well as alterations in the hormones of hypothalamic-pituitary-ovarian origin, affect menstrual cycles such as cycle length, regularity, and bleeding patterns.5

Thyroid hormones play a key role in the menstrual and reproductive function of women. Thyroid dysfunction (both hypothyroidism and hyperthyroidism) is associated with menstrual abnormalities in females of all age groups.6,7

The clinical objective of this study is to detect and treat thyroid disease before the symptoms and signs are significant and intense. Thus, this study was taken up to find out the occurrence of various patterns of AUB and their relationship with levels of endocrine hormones, especially thyroid.

This was a hospital-based cross-sectional study carried from 2016 through 2018 after getting approval from the institutional ethical committee, Adesh University, Bathinda.

Following the inclusion and exclusion criteria, 246 women with AUB visiting OPD of the Department of Obstetrics and Gynaecology at our institute were enrolled in the study after informed written consent. After a detailed history and examination, ultrasonography was done for all patients followed by baseline investigations. Serum levels of thyroid-stimulating hormone (TSH), free T3 (FT3) and free T4 (FT4), luteinizing hormone (LH), follicle-stimulating hormone (FSH), and prolactin were estimated by immunofluorescence assay.

The prevalence of thyroid hormone dysfunction in AUB was evaluated using percentages and frequencies while the association between various menstrual patterns and thyroid profile was assessed using a Chi-square test.

It was seen that majority of the patients in the study exhibited hypothyroidism, i.e., 117 cases (47.56%) followed by 107 euthyroid cases (43.5%) and the rest 22 cases were hyperthyroid (8.94%). Even in each age group, hypothyroidism was seen to be commoner than hyperthyroidism and these values were found to be statistically significant (Table 2).

The study considered the reference range for normal values of FT3 and FT4 as 2.1–4.5 pg/mL and 0.8–2.00 ng/mL, respectively. The distribution of patients in various groups in relation to FT3 and FT4 levels is shown in Table 4.

Assessment of the other hormones: 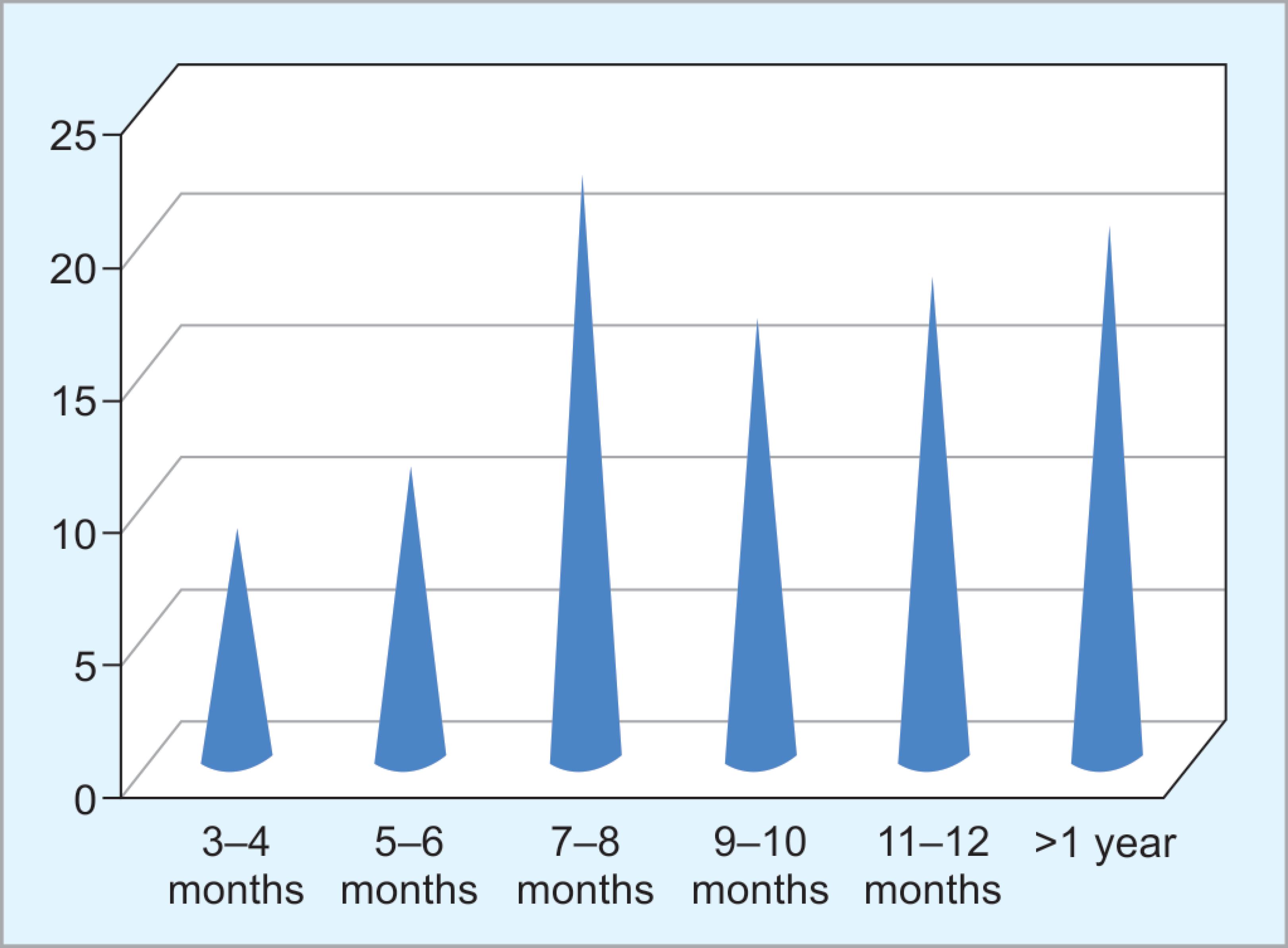 Fig. 1: Distribution of cases according to the duration of symptoms 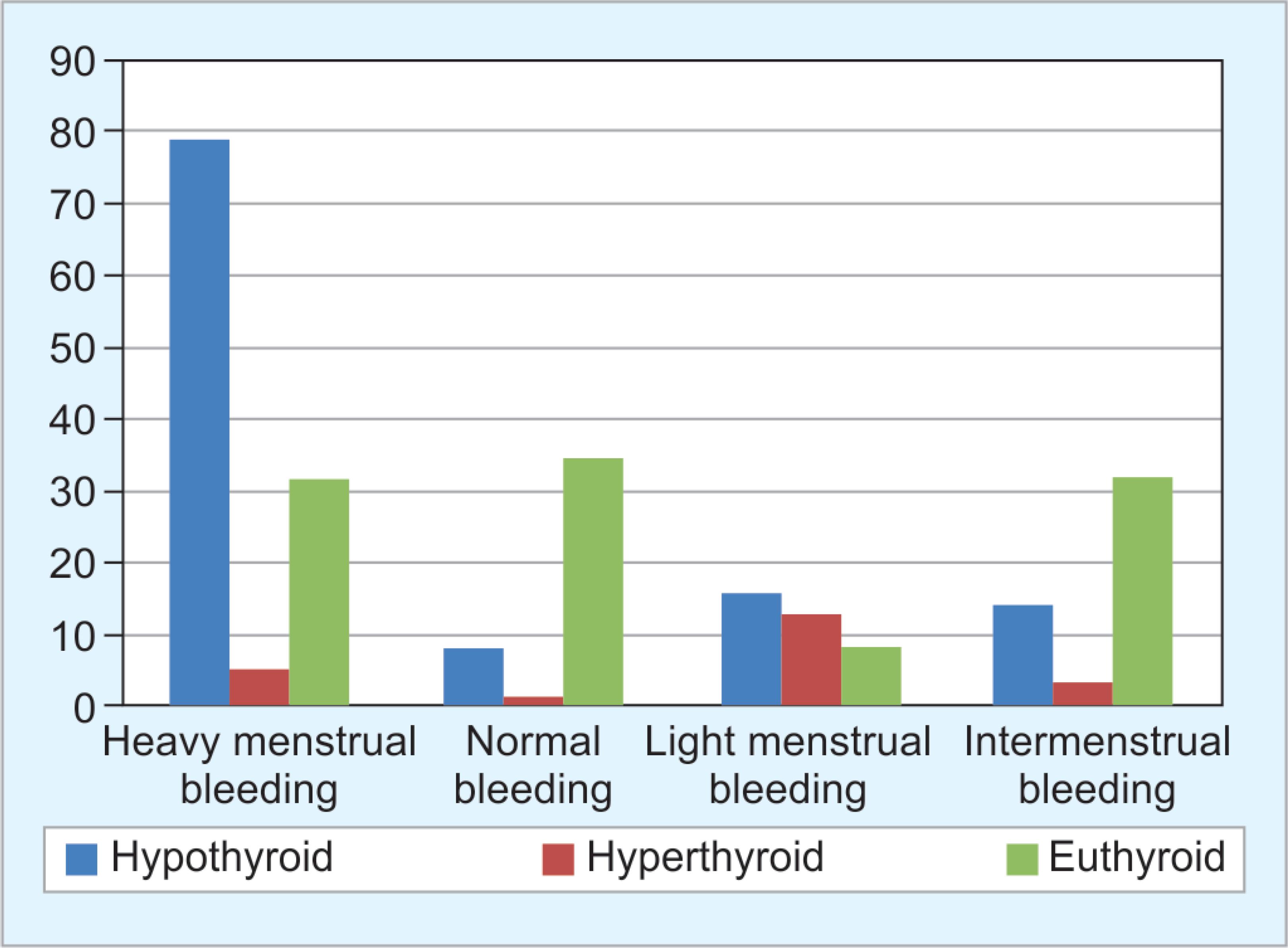 Fig. 2: Distribution of cases in relation to the thyroid abnormality and abnormal uterine bleeding pattern 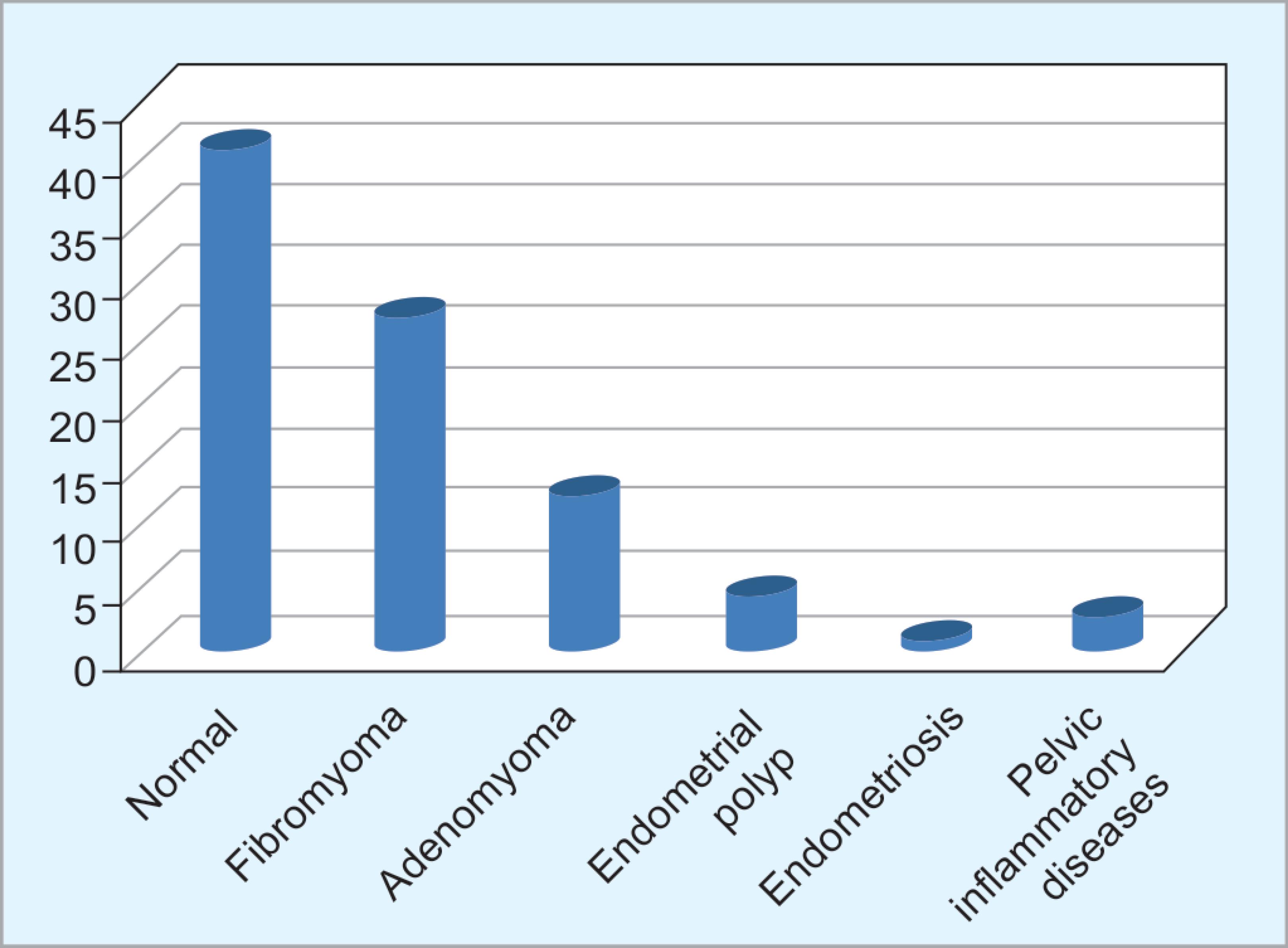 Fig. 3: Percentage distribution of cases according to abnormalities detected on USG pelvis

Abnormal uterine bleeding is a frequently encountered condition in the present scenario in the gynaecology outpatient department and is an important cause of menstrual pattern abnormality. Thyroid disorders in general and hypothyroidism, in particular, are extremely common in women of reproductive age group. Menarche, pubertal growth and development, menstrual cycles, fertility and fetal development, post-partum period, reproductive years, and menopausal years are all profoundly influenced by the thyroid status of the woman. Thyroid disorders have been seen to affect the menstrual pattern in females and present with a varied spectrum of bleeding patterns. Menstrual disturbances may accompany and even may precede thyroid dysfunction and may accompany clinical alterations.

In the present study, out of 246 cases studied, most of the patients were para 2 (42.48%), closely followed by para 1 (41.46%), and then multipara (14.63%); the least being nullipara (1.63%). It was seen that most of the cases were of parity 1 and 2. This may be because people have accepted small family norms. Betha et al.12 showed 44% of the women with AUB were para 2 followed by 41.6% of cases of para 3 and above. Choudhary et al.13 observed that out of 50 patients included in the study, 47 patients (94%) were multiparous, 2% primiparous and only 4% were nulliparous. However, Shrestha et al.14 reported the majority of women with AUB as para 3 (42%). According to Patel et al.,15 dysfunctional menstruation is more common among parous women than in nulliparous women. This is because of alterations in spiral arterioles of the endometrium with age and parity which constitutes an important local factor in hemorrhage.

In various studies carried out to date, heavy menstrual bleeding seems to be the most common AUB pattern. In the present study as well, 47.15% of patients presented with HMB, thus making it the commonest presentation of AUB. Similarly, in another study conducted by Ali et al.2 (in 2015), 42% of cases presented with menorrhagia as the presenting complaint. Other studies like Moghal16 (41%), Pilli et al.17 (34%), and Pawha and Kaur10 (50%) also showed similar observations. Also, the percentage of cases presenting with menorrhagia and metrorrhagia alone or combined was 75% in the study conducted by Scott and Mussey18 and 68% in the study conducted by Pawha and Kaur.10

Distribution of Cases According to Thyroid Abnormality

Similar results have been put forward by Ali et al.2 and Padmaleela et al.6 with 71 and 71.4% of the cases being hypothyroid, respectively. In contrast to this, a study conducted by Bhardwaj et al.3 depicted that 12% had subclinical hypothyroidism and 78.4% of cases were euthyroid while 61% hypothyroid and 39% hyperthyroid in a study conducted by Sharma and Sharma.7 Similarly, in the study by Pawha and Kaur10 of the total 100 cases, 22% were found to be hypothyroid, 2% hyperthyroid, and the rest of the patients were euthyroid (76%).

This could be because thyroid disorders are more common in women with menstrual irregularities as compared to the general population. Women with hypothyroidism, commonly present with anovulation and unopposed estrogen activity causing endometrial hyperplasia which may outgrow the blood supply and may cause local areas of necrosis that breaks down and produces bleeding. In hypothyroid patients, the menstrual abnormality is much more severe and menorrhagia is, thus, the most common presenting symptom in them.

Relation of Oligomenorrhea with Hyperthyroidism

In this study, it was seen that out of 37 patients presenting with light menstrual bleeding, 13 cases (35.14%) were hyperthyroid. This result was comparable to the study by Padmaleela et al.6 as well as Kaur et al.19—25%. On the contrary, a study conducted by Sharma and Sharma7 reported that 54.55% of cases of light menstrual bleeding had hyperthyroidism while it was 65.38% in a study done by Ali et al.2

In the present study, it was observed that USG pelvis was normal in most of the cases. Fibromyoma was detected in 27.24% of patients followed by adenomyosis in 12.60% of patients, endometrial hyperplasia in 10.97%, and endometrial polyp in 4.47% of cases. PID and endometriosis were seen in 2.85 and 0.81% of cases, respectively. These are comparable with Mahapatra et al.20 and Bhavani et al.8

The possible advantages of treating subclinical hypothyroidism generally are—first, preventing the progression to overt hypothyroidism; second, thyroxine therapy may improve the serum lipid profile and thereby potentially decrease the risk of death from cardiovascular causes. Finally, treatment may reverse the symptoms of mild hypothyroidism, including psychiatric and cognitive abnormalities.

Therefore, the key to early diagnosis is to maintain a high index of suspicion and to readily screen for the presence of abnormal thyroid function. Moreover, thyroid dysfunction is an easily correctable cause of AUB. Appropriate treatment is rewarded by the prompt return of normal menstrual cycles.