Aim and objective: To assess variation in the perspective of women belonging to different socioeconomic backgrounds about facts and myths associated with menopause.

Materials and methods: The study was conducted at Ziauddin University Hospital over a period of 5 months; it is a prospective cross-sectional study. Sample size of 210 was taken. Based on income per capita, the socioeconomic status was determined. Perspective of women about menopause was assessed by questioning them about different myths and facts and how firmly they believed in them. The overall perception of the menopausal process was also documented. Data were entered and analyzed by version 20 of SPSS.

Conclusion: There seems to be a dire need of spreading knowledge about menopause to all women, especially those that lie below the poverty line; this would play a huge role in improvising their quality of life and the morbidities associated with ignorance.

Clinical significance: This study makes it clear that the perception of menopause among women belonging to poor class is scarce and based merely on myths, resulting in the negative attitude for seeking medical treatment if required leading to morbidity and poor quality of life.

Menopause seems to have a bad reputation; but contrary to popular belief, it is not exclusively restricted to hot flashes and mood swings. The representation of menopause made to women inculcates a sense of fear and anxiety in them but would become easier if facts and myths are elaborately defined. It is noticed that poor socioeconomic conditions are more likely to affect psychological and physical health of a person. In a developing country like Pakistan, socioeconomic status is evaluated by dividing the total population in three classes: lower, middle, and upper classes. This division is based on income per capita. Income of Rs 4,000 to 19,000 per month belongs to lower class, Rs 20,000 to 100,000 belongs to middle class, whereas those earning above this fall in the upper class category.1 Women belonging to the lower social class lack fundamental necessities, such as basic supplies, education, awareness, and social rights, and they are trapped in household chores hence good candidates for believing in baseless myths. Middle class is further subdivided into lower-middle, mid-middle, and upper middle class; they have least to good exposure to medical knowledge. Upper class is the most blessed holding the highly educated and socially aware women. Since socioeconomic status affects the education and awareness level, it plays a humongous role in varying the perspective of women about menopause.

Studies have been conducted all around the globe as well as in Pakistan for the assessment of menopausal knowledge among women from different age-groups, ethnic backgrounds, educational level, etc, but to the best of authors’ knowledge, no one has regarded variation in the opinion about popular menopausal myths and facts among women belonging to different socioeconomic status. It is a big factor for a difference in perspectives regarding menopausal myths and that is what this study suggests.

It was a prospective descriptive cross-sectional study conducted from October 2019 to February 2020. The study was conducted at two campuses of Ziauddin University Hospital, one situated at Clifton and the other at Keamari. Both provide tertiary care; Clifton area attracts the elite, upper, and upper middle class. Ziauddin Hospital Keamari campus caters to lower and lower middle class. A total of 210 females were included in the study by random selection that fulfilled the inclusion criteria.

Women aged 30 years or older were interviewed. Equal number of women, i.e., 70 each from lower, middle, and upper classes were included. However, females who had never heard about menopause or the ones on antipsychiatric treatment were excluded. Questionnaires were filled completely by authors after informed consent from participants. Privacy was maintained throughout the interview. Details of the participant’s sociodemographic characteristics were recorded which included age, marital status, education, employment status, and socioeconomic class.

Source of knowledge about menopause was also noted. Perspective of the participant women was determined by asking them about the correct option for age of menarche and menopause with definition as well as their awareness about certain menopausal symptoms like vasomotor, dermatological, urogenital, psychosocial, and physical as well as consequences of menopause and various treatment options. To assess the level of perception, famous regional and international myths about menopause were discussed in the study along with its overall rating as a disease or a natural aging process. Data were analyzed by version 20 of SPSS. Chi-square was applied and p value <0.05 was taken as significant.

The most popular source of knowledge regarding menopause among participants was relatives 67(32%). Second was doctors 46 (22%), followed by friends 44(21%). Twenty-two (10%) females gained knowledge through television, radio, magazines, or more than one source. Twenty-one (10%) knew about it because of attending educational sessions. The first-hand source of knowledge among lower class was friends and among middle and upper class were relatives. Figure 1 demonstrates the popular source of spreading knowledge regarding menopause in an ascending order.

Refer to Table 2 which demonstrates that lower class people interviewed in this study believed that all women undergoing menopause suffer the symptoms and consequences, whereas middle and upper class women had a mixed opinion.

Regarding knowledge about treatment options among women please refer to Table 3.

Famous menopausal myths around the globe were included in the questionnaire that showed their popularity and belief among different socioeconomic groups. Please refer to Figure 2 for bar chart of detailed demonstration of this factor. 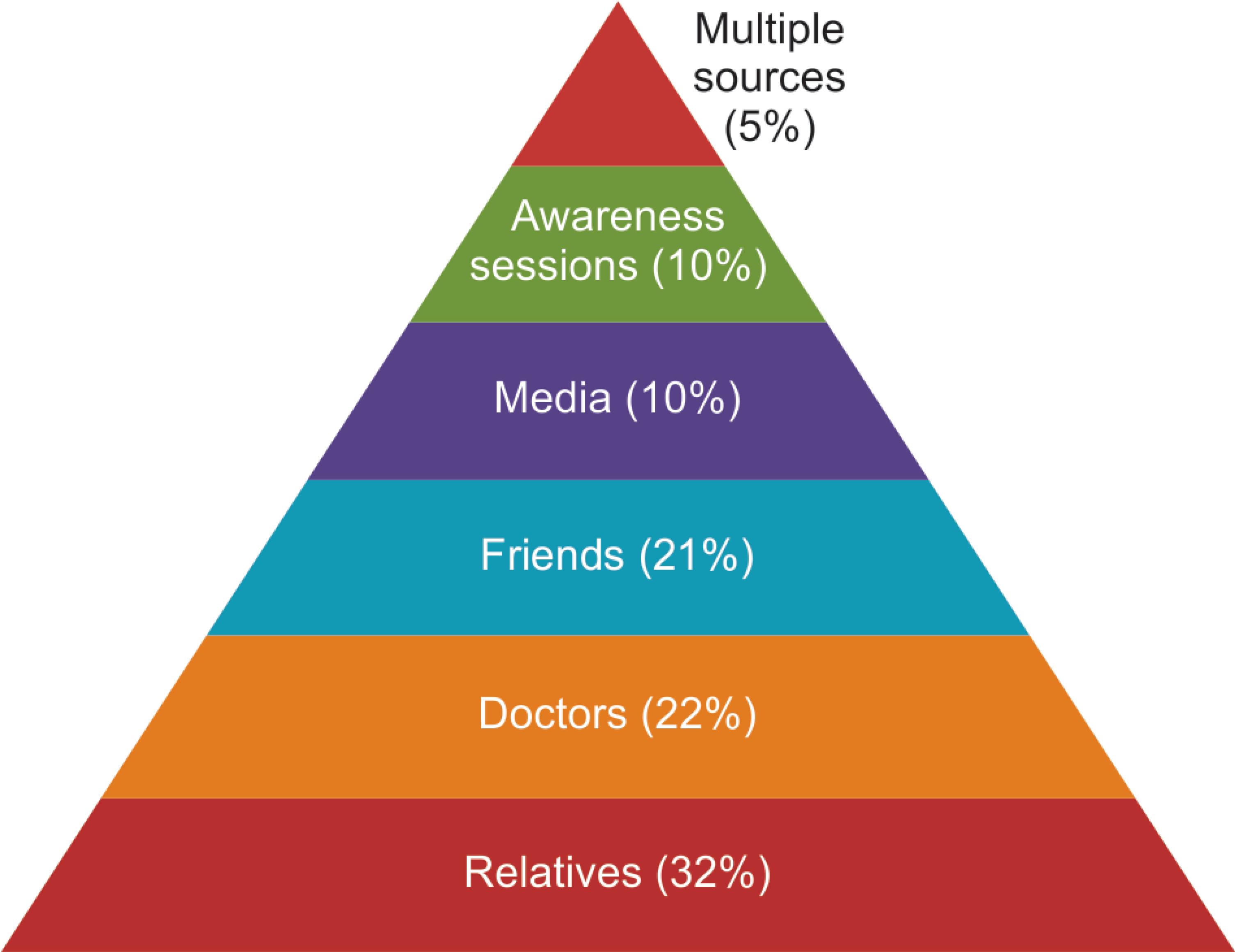 Fig. 1: Source of information regarding menopause among all women

Perspective about menopause varies among different countries and ethnicities. Women from all three socioeconomic background were interviewed so that the number of ignorant female population could be estimated. Majority of the women were married. Almost half were menopausal, and the other half were nonmenopausal.

Most of the uneducated women belonged to lower class in contrary to which the upper class comprised of highly educated. Approximately three-fourths of the women were either unemployed or housewives.

The most popular source of information about menopause among all the women was relatives followed by doctors, friends, and media, such as television, radio, or magazines. Some gained knowledge through more than one source.

In the current study, correct information about menarche and menopause was given by the upper class women, followed by middle class, and then lower class.

Various symptoms especially those mentioned in MRS (menopausal rating scale) were included in the questionnaire to find out perspective of women regarding menopause, that inculcated vasomotor, physical, psychosocial, urogenital, and dermatological. According to the surveys conducted in Pakistan, lethargy, body aches, and backaches were found to be the most common menopausal symptoms.2,3 In the current study, women from lower class believed that these symptoms were bound to happen to all women undergoing menopause. Although it is known that the symptoms only happen to some women and not all. There are quite a few implications of menopause; for instance, osteoporosis, cardiovascular diseases (CVD), carcinomas, weight gain, and diminished vision.

Overall, 22% women had no clue about osteoporosis as an implication of menopause, 19% did not know about CVD, one-fifth had no idea that menopause might increase chances of cancer development, almost one-sixth remained unaware of obesity as a consequence of menopause, and 19% were naïve of diminished vision during this phase of life. Majority of the clueless women belonged to the lower class represented by bold red color in Table 2, followed by middle and upper class.

There are a few treatment options available for reducing the intensity of menopausal symptoms as shown in Table 3. Researchers suggest that knowledge about HRT is limited which is evident from this study.4,5 Upper class was mostly familiar with all of the treatment options. However, lower class women were least aware. 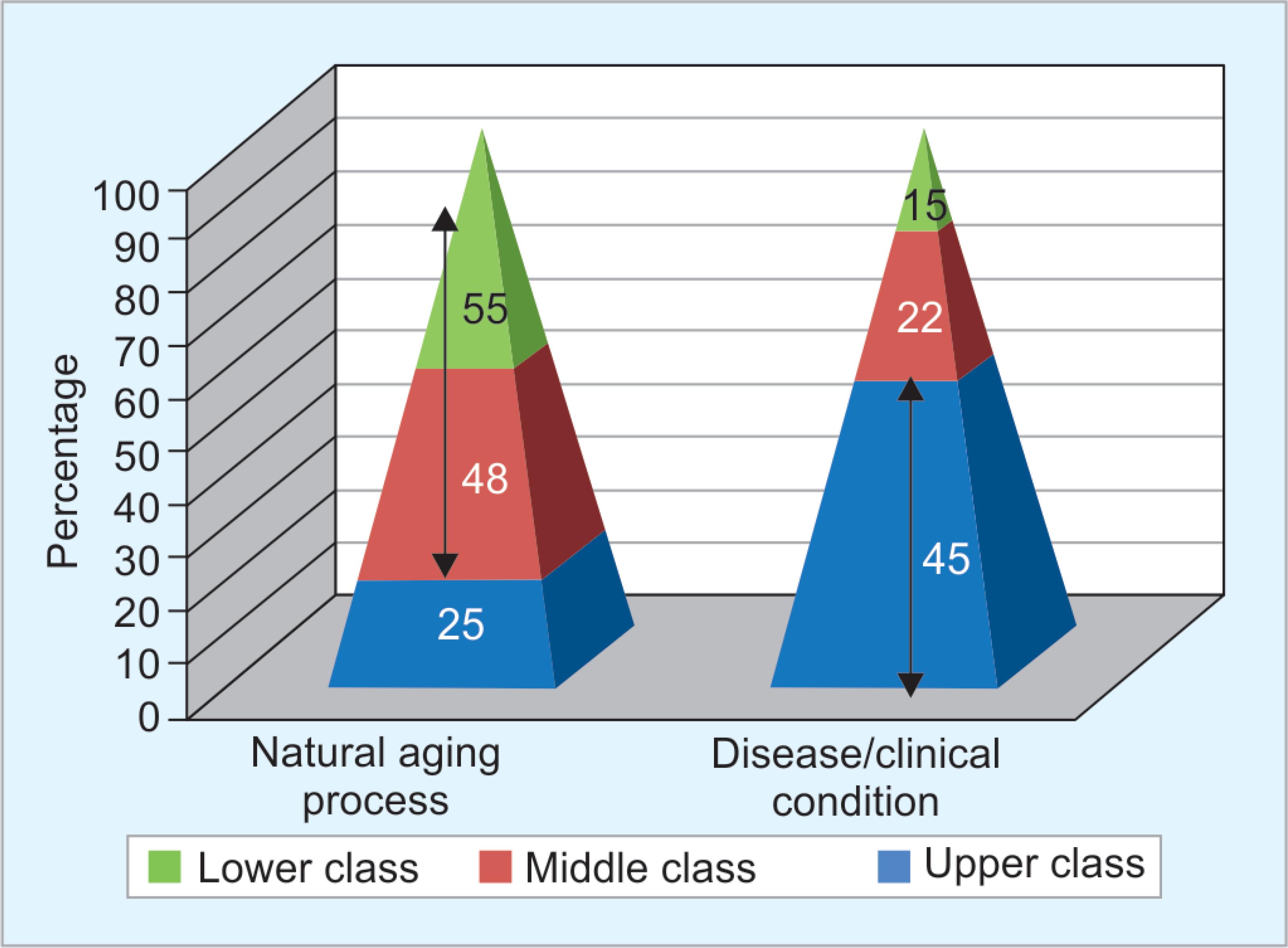 Even in this era, myths and fictions about menopause are still in fashion. Although the trend of believing strictly differs among different socioeconomic groups, it still prevails all around the world.6,7

Seven most popular and commonly heard myths in outpatient departments were included in this study. The most commonly believed myth among all groups in the current study was that symptoms of menopause appear only when periods stop. Second was that menopause is a worrisome biological process. Third, women consider menopause to be the beginning of old age or in other words, beginning of the end. Although in actual it depicts the end of woman’s reproductive life or monthly periods because with the advent of scientific research women are living longer than before and therefore expect to live about one-third of her adult life after menopause. A good number believed that symptoms are untreatable which is not true. Moreover, in Africa, women consider post-menopausal bleed as a consequence of witch craft.8 In the current study, majority of women from the lower class and a negligible amount from the upper class believed in this myth. Many women in this study were found to believe that menopause is also an end to sexual life and that it raises the chances of divorce. This is probably because of vaginal dryness that can be overcome by using different lubrication aids that can make intimate contact more comfortable. During the initial stages of menopause—when one is still having an occasional period and are technically considered to be in the perimenopause phase—pregnancy can occur. But after proper 12 months of period senescence, there is no chance of pregnancy, but some women responded in favor of pregnancy possibility. Lower class women were found to blindly believe in all the myths.

It has been noticed that women in eastern societies view menopause as a natural process and hold a positive attitude.9,10 More than half of the women included in this study believed that it is a natural aging process, and two-fifth of the total considered it to be a disease or some kind of clinical condition. Majority having negative perspective about menopause belonged to lower class, and most of the upper class women had an optimistic attitude.

In the current study, most of the illiterate women were a part of lower class, and most of the false response was also from them. Myths are always followed blindly, and since the lower class was majorly uneducated, they believed more firmly in all myths. This suggests that there is a dire need to spread awareness regarding menopause among the lower class. 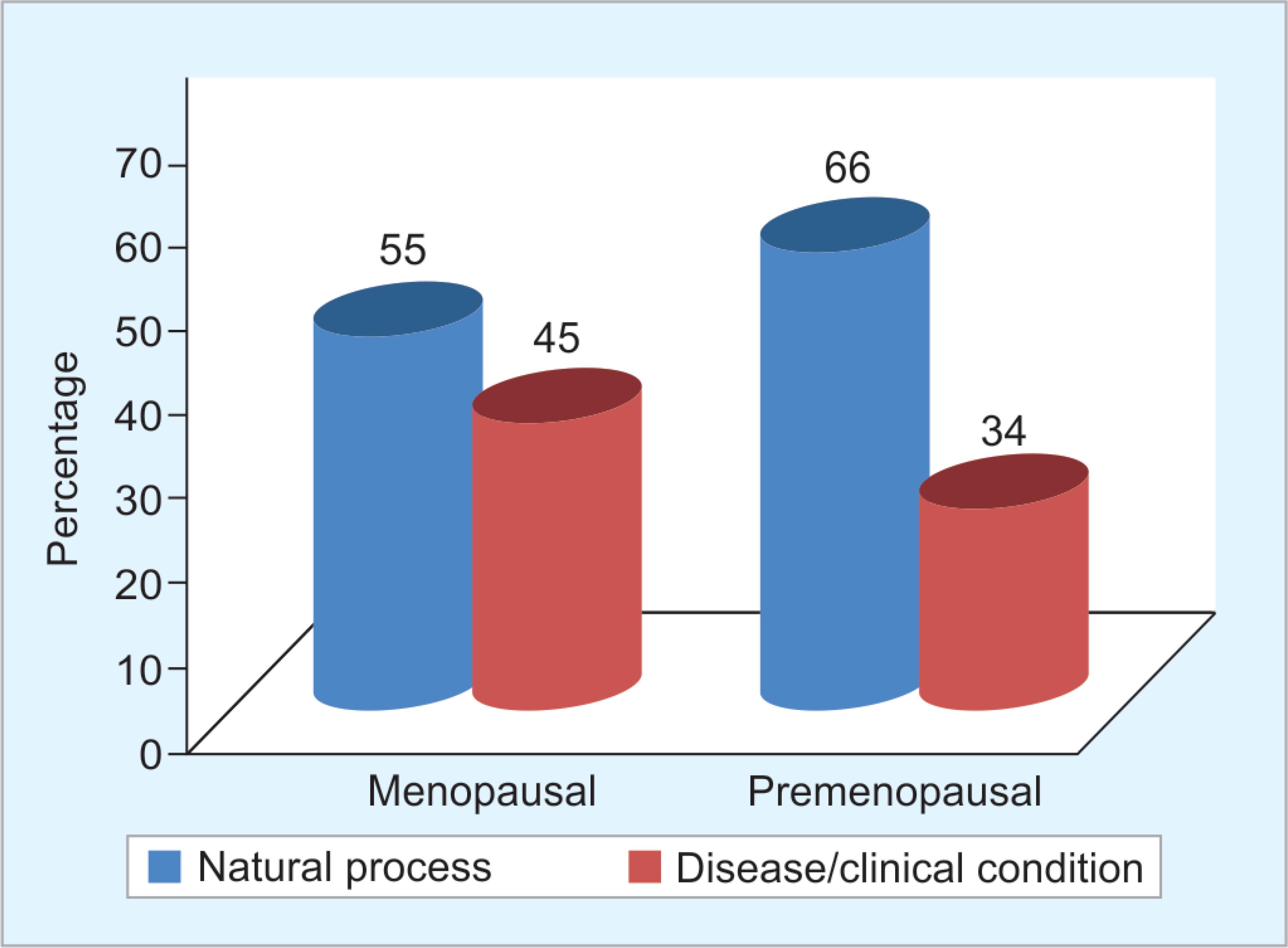 Fig. 4: Difference of opinion about menopause according to menopause status

Women belonging to the lower class are least educated, and hence their awareness about menopause is also limited. They carry myths generation by generation that needs to be debunked. These can be busted with the effort of doctors to provide information and talk more about the apprehensions of women regarding facts and fiction. The Fact is that women live healthier, active lives, and can easily use this frame of time to further enhance their lifestyle.